Warning: It is a counterfeit product! How not to harm yourself by buying fakes

Faked goods are an issue for all countries of the world, including Kazakhstan. The turnover of counterfeit goods exceeds the world drug turnover by a quarter and amounts to about US $500 billion a year.

According to research of Frontier Economics Ltd. the forecast for 2022 is US $991 billion. The issue of counterfeiting has only worsened in Kazakhstan against a backdrop of rising commodity prices. A video of an Almaty resident freely purchasing faked cigarettes has been circulating on social media. Zakon.kz asked Dmitriy Bolotov, head of the Report Kontrafakt project for an opinion.

Mr. Bolotov, how would you opine on faked goods offered in Kazakhstan?

- Faked goods are in demand because of their low price; however such goods also imply low quality. In the future, such savings can turn into health losses, because any counterfeit product is a potential danger. Clearly, cigarettes themselves are dangerous to health. However switch to counterfeit cigarettes, because of the high excise tax multiplies the risks, as no one shall keep track of what such faked cigarettes contain.

In many countries, the concept of harm reduction is to offer people less harmful alternatives. These alternatives should be affordable to smokers at a time when cigarette prices are rising, not potentially harmful faked goods.

What is the main reason for counterfeiting?

- Due to the rise in excise tax, many people cannot afford authentic products and not everyone is ready to give up smoking. People switch to excise-free cigarettes to compensate the high cost. Faked goods do not meet the minimum retail price which is 590 KZT. To support less harmful smokeless products, a number of countries around the world use a differential excise tax on the principle that what is less harmful should be more affordable. For example, in Japan or the UK, support for alternatives, including taxation serves a harm reduction strategy and benefits public health.

Where do most counterfeit goods come from and who produced them?

- Most of the faked goods are from China, for example clothes, footwear, accessories, counterfeit car parts. Food products come from Uzbekistan, counterfeit sweets, biscuits, lollipops, carbonated drinks, goods are made in home-made conditions often in the backyard of one’s home.

Huge quantities of excise-free cigarettes are produced in Eastern Europe and the UAE. They are transported to us via Central Asian countries and Russia. My advice to consumers is to buy from official distributors or trusted shops. If a bottle of alcohol costs 15, 000 KZT everywhere, you should not take it for 5,000 KZT, even if it is very similar to the original.

- Why are faked goods cheaper?

- Counterfeiters shall save on everything: equipment, labor and materials. They do everything to make the product at the end look decent, so that a person would buy it knowingly, or not distinguish it from the original. If the buyer were to see the conditions under which faked goods are produced, the desire to buy them would diminish.

- No taxes are paid to the budget on such products and the state is at a huge disadvantage?

- Of course, the whole point of counterfeiting is to sell goods quickly at a low price, saving as much as possible. The faked goods will not pass all quality, safety and product compliance standards, not to mention violations of intellectual property rights. 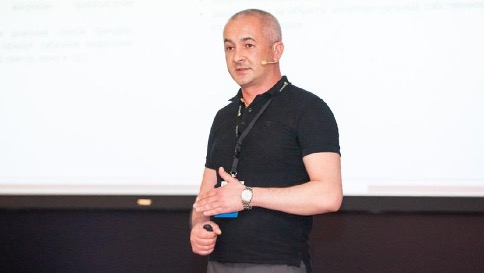 Dmitriy Bolotov, a photo from private archive of D. Bolotov

- What is the recent growth rate of counterfeiting?

- We have faked goods in the country, especially in view of ban on small business inspections. However, brand manufacturers are trying to control the situation and stop the appearance of counterfeits, often through our assistance. Anyone can report counterfeit products by filling in a special form with the Report Kontrafakt project.

Given the current situation in the world, it is very difficult to make any predictions even for the nearest future. For example, the major brands left Russia and it can provoke a rise in counterfeiting in the region. One thing is clear: the threat of faked products shall be always acute as long as there is a conscious demand for it among consumers.

How to protect your famous name (one more additional way)