Development of market relations in Kazakhstan also promoted increase of infringements in the field of trademarks and such infringements are large-scaled and sophisticated.

The largest number of counterfeit goods infringing to trademark rights can be traced on the Kazakhstan market among consumer goods: alcoholic and non-alcoholic beverages, pharmaceuticals, clothing, footwear, household items, detergents, cosmetics and other products.

In some cases, a dispute related to the infringement to trademark rights can be settled peacefully (without court proceedings) by forwarding warning and stop and cease letters and further negotiations with infringers.

Preparation of warning letters requires special knowledge and experience in the field of intellectual property rights protection. Practice shows that warning letters prepared by lawyers who do not specialize in the field of intellectual property protection often contain an inappropriate statements and interpretation of the provisions of the relevant legal acts. Such inappropriate statements can have a negative effect on the court proceedings, if pre-court dispute resolution procedure becomes impossible.

Pursuant to the provisions of the Administrative Code, the unlawful use of the third parties’ trademark or similar designations for similar goods or services, if these actions did not cause major damage, entail penalties in the form of a fine with confiscation of goods containing illegal image of a trademark.

As a rule, the fact of infringement to trademark rights is determined on the basis of information provided by trademark owner, the results of the inspection, examination of the identity and similarity of a trademark, and other information obtained in a legal manner.

In cases where a trademark imitation takes place and there is a possibility of misleading consumers, trademark rights can be protected by filing a statement related to violation of antimonopoly legislation with the antimonopoly body in connection with infringer’s actions directed at unfair competition.

In the framework of civil law the main requirements related to trademark rights infringement are the following:

In addition, Article 970.1 of the Civil Code of the Republic of Kazakhstan provides that protection of rights may also be carried out by:

Criminal remedies include recourse to government revenue agencies. According to Article 222 of the Criminal Code of the Republic of Kazakhstan, the illicit use of another’s trademark or similar designations for homogenous goods or services, if this act caused major damage, such act is punishable by fines, correctional labor, community service up to 90 hours, and seizure for up to 45 days.

The following grounds are necessary to initiate a criminal case: illicit use of a trademark or a similar designation and the major damage caused to trademark owner in the result of its illicit use.

We offer following services in the sphere of fighting trademark infringements:

In this section, information concerning the section FIGHTING INFRINGEMENTS TO TRADEMARK RIGHTS is published. 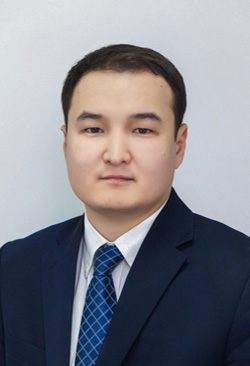